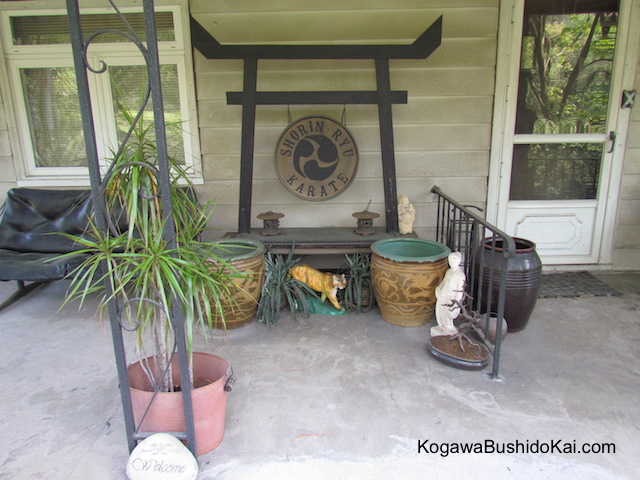 Shihan Mills and I were afforded the opportunity to train in Pittsburgh, PA with Mr. John Hamilton of Sho-ha Shorin ryu (http://www.sho-ha.com/ryu/) from 5/8/15 through 5/12/15. As usual, the training was very physical and enlightening. And the after training gatherings were fraught with calories and laughter. 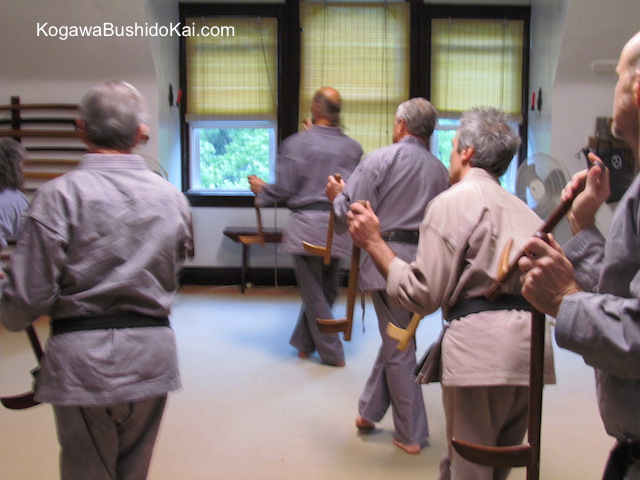 We were able to continue our training in Kama mechanics, application, and Kata. I have always considered the kama a more useful weapon as compared to bo, tonfa and sai. It is my opinion the kama has more application/strategy, more freedom of movement of one’s body with the weapon and movement of the weapon itself, and you can cut. However, until now, I had not felt confident with the kama. For two decades I had felt stronger with the sai, bo and tonfa. Since training with Hamilton Sensei, and his use of kinesthetic learning, our karate and kobudo has greatly improved by using less movement, yet generating more power/force. The concepts he emphasizes are sōzu (water hammer) and nami (wave). Needless to say, to adequately understand and apply these concepts one must participate in training. “The truth cannot be spoken; that which can be spoken is not the truth.” Bowl of Saki, January 6, by Hazrat Inayat Khan. Actually, it can be explained, but not with complete understanding, unless one hears the explanation and then applies the information physically with correction by an experienced instructor, i.e. a Sensei.

We look forward to training with Mr. Hamilton in October 2015….dates and times to be announced.
Kogawa Bushido Kai strongly recommends, if the opportunity arises, to enjoy training with, and learning from Mr. John Hamilton.